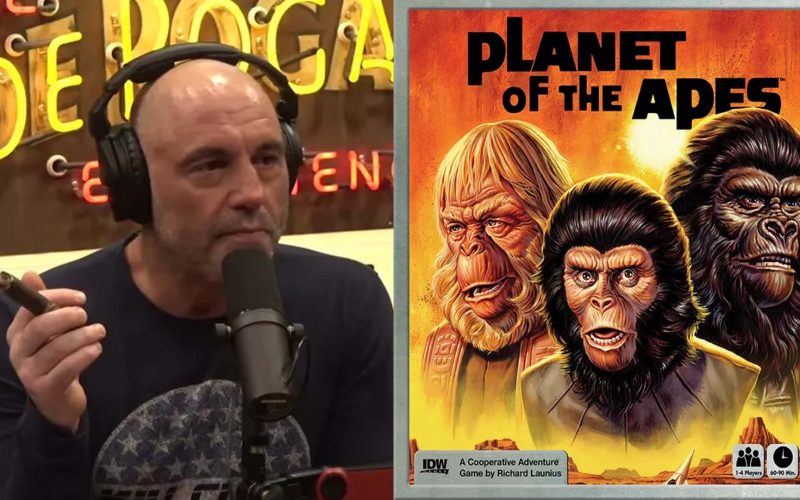 I think it’s fair to say that most people are tired of hearing about Joe Rogan and his podcast. I am but I’m not going to stop calling for him to be TRULY responsible just because I’m tired of the conversation.
After two “apology” videos, the second of which had Rogan proclaiming “I fucked up and will try to be better”, in response to his racist remark comparing black neighborhoods to The Planet Of The Apes, Rogan quickly pivoted to his comfort zone , conspiracy theory, claiming all the attention is a “media hit job.”

Nothing says “sincerity” quite like blaming others for your problems.

To be clear,  “the media”, as if that is one thing, followed the trend.  CNN, Rogan’s arch nemesis, only started to get on the current mountain of criticism of Rogan after millions of everyday people were fueling the backlash on social media platforms, mostly Twitter and Facebook.

I have said and will continue to say that calls for de-platforming or worse government censorship  are wrong. Relentless demands for more responsibility are important though.  There is a huge difference in censorship and public pressure. One is based on fascism and the other based on principled free market ideas.

The problem with Rogan is that every topic, every guest conversation eventually decays into baseless conspiracy theories. Here’s what I’m talking about:

The grifter known as Dr Peter McCullough claims his conversation was about science, but here we see him not just suggesting a baseless conspiracy theory, but swearing that is is FACT:

The obvious debunking here is that Donald Trump’s administration was responsible for the rollout of the vaccines and Joe Biden’s administration took over the effort. In order to give ANY credence to this nonsense, you need to make the leap that Trump & Joe Biden are co-conspirators.

Next, we see Rogan with Dr. Peter Malone claiming the US is under the spell of a Hitler like leader, with “Mass Formation Psychosis”.

The Hitler-like leader isn’t named, but since Dr. Malone is a Trump supporter, we should conclude that the charismatic , hypnotic leader he is referring to id Sleepy Joe Biden. You know, no crowds came to see him Joe? Not even the hardest core democrat supporters see Joe Joe Biden as having that kind of influence.

An apology that is followed by an excuse or claim that it was “a hit job”, is not an apology. It’s 100% pure bullshit.

Less than 24 hours after responding to the above video with an “apology” video, Joe Rogan launched another episode of his podcast where he claimed  the backlash of his racist crap was a political hit job.
More conspiratorial nonsense, which is Rogan’s default fallback. Is he claiming that “the left”, whoever that represents to him, hired India Arie to put that video on instagram? In his “apology” he said he acknowledged that he fucked up and would try to better. That promise seems to have faded before he even hit the stop button on the recording.

The people that owe Joe Rogan, like Kyle Kulinski, Krystal Ball, Jordan Peterson, et al; are busy mortgaging their souls to defend the indefensible. No matter what anyone says about context regarding the use of one word, there is NO CONTEXT in which “Planet Of The Apes” can be interpreted as anything but the heart and soul of racism.

Don’t be fooled by rhetoric calling any of this censorship. The bullies who want everything their way are trying to intimidate people from being critical of bad behavior. NOBODY has been silenced! The irresponsible claim asking them to be responsible is unreasonable. Like a child being asked to clean their room, they demand to know why they are being punished. Cleaning your room is not punishment. It’s part of growing up.

Why Joe Rogan Is Still Full Of Shit

February 6, 2022 kingarthur General Interest, Podcasting Comments Off on Why Joe Rogan Is Still Full Of Shit

Racism is forgivable if you admit, own it, and learn to unlearn it.

Joe Rogan has a target on his back. Enemies are searching through his entire lifetime looking for stuff to use to bring him down. Unfortunately for him, there is a lot of ammo both already discovered and waiting to be discovered that will serve to keep him putting out “apology” or “explanation” videos for the foreseeable future.

I was a racist. I wan not born a racist. Nobody ever is. In a rare credit to my parents, I didn’t learn it from them. My parents were fucked up in a lot of ways, but racism isn’t one of them. In fact, my father may have been the best example I ever had of how to not be racist. He couldn’t stop me from learning it from the kids on the street and other kids parents though. I had to unlearn racism and it’s a work in process.  Joe Rogan, in his “explanation” videos claims he never was racist. Sorry Joe, it takes one to know one. You were, and if you can’t admit it, you still are.

There’s been a lot of bluster about Rogan’s use of “the N-word”. Rogan says he’s learned that there is no context that caucasian person can ever use that word. I disagree but I don’t feel the need to purposely use it here. The bigger issue, the one that is largely ignored in the dialogue, is comparing a black neighborhood to Planet Of The Apes. there is NO CONTEXT, or explaining that away as not being racist with all the ugly spirit of racism in its most disgusting ideology.

I talk about forgiveness a lot. It’s something that  I practice and work hard at. I do believe racism  can and should be forgiven, if we own it, admit to it and learn how to unlearn it on purpose. Rogan is still in denial, and therefore has not earned any forgiveness yet. He maintains that he never had any racist intent in his heart. DENIAL!

To be clear, I have had many black, asian, hispanic, and native friends my entire life, before, during and after the time I was learning racism on the streets of Long Island and in central Florida. Having friends and people you love of other races does NOT negate racism.

Rogan and people who are standing loyal to him in this moment are missing what Rogan claimed to be “a teachable moment”. Like a politician that has consulted a high-priced PR consultant, Rogan has tried to diffuse the situation by getting out front with an “apology” that accepts ZERO responsibility, and denies the truth. That will ensure that the target he wears on his back will remain firmly in place and his enemies will continue to look for and find damning evidence.

The deal with Spotify that Rogan signed has made him too big to be canceled. he doesn’t need to rely on any platform and can platform himself with a small fraction of his wealth. The only concern for him personally is how much time and energy he will have to dedicate to being on the perpetual defensive.

I’m not Joe Rogan’s enemy. I don’t want him canceled. censored or taken down and won’t support any effort to do that. Nothing he says or does will have a direct effect on my life and he should have all the rights any of us have to free expression. I do wish that he, as a person with enormous influence and reach, would be more truthful and responsible. He is a very visible target and  has the potential to bring important issues to provoke real dialogue. It would be a tragedy to waste that power on denial, defensiveness and dishonesty. 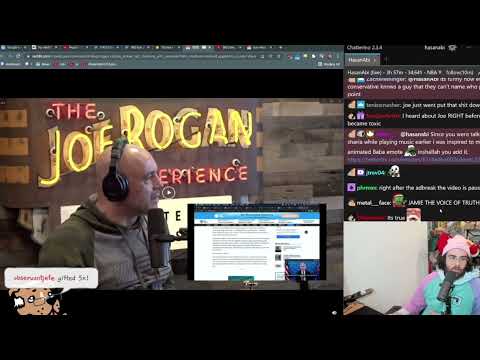 Hasan reacts to Joe Rogan getting corrected on his show

January 2, 2022 kingarthur General Interest Comments Off on Hasan reacts to Joe Rogan getting corrected on his show

Here we see L. Ron Rogan, leader of the all conspiracies are true cult, calling real, verifiable information a conspiracy because if exposes his made up, nameless friend story as BULLSHIT. Rogan is exposes and undressed and the cult says his new suit is amazing.
The video has a lot of childish Twitch stream comments in it. If you don’t want to hear children playing schoolyard text taunting:

May 21, 2021 kingarthur General Interest, meet the author, Podcasting Comments Off on Sebastian Junger’s Scary Near Death Experience On Rogan

Explanations for NDEs vary from scientific to religious. Neuroscience research hypothesizes that an NDE is a subjective phenomenon resulting from “disturbed bodily multisensory integration” that occurs during life-threatening events, while some transcendental and religious beliefs about an afterlife include descriptions similar to NDEs”